It is one of my favorite Sundays (just like all the rest!). The collect of the day is so beautiful:
O God, who makest the minds of the faithful to be of one will, grant unto Thy people that they may love what Thou commandest and desire that which Thou dost promise, that among the manifold changes of this world our hearts may there be fixed where true joys are to be found; through Jesus Christ, our Lord...
Isn't that glorious? Yes, amid the "manifold changes" (so many of which are toward, well, insanity!), there is a place where true joys are to be found! That place is the embrace of the Father which Christ has brought and accomplished for us. As we live therein, we find the joy of true freedom, loving what God commands (that is, love!), and trusting what He promises (that is, life!). And it is precisely THIS which fuels the church's joyful song.
Oh, sing unto the Lord a new song: for He hath done marvelous things!
Posted by William Weedon at 7:29 AM No comments:

A collection of various posts that I recently shared on FB; reflections on *Called to Love*

The enemy reserves a special hatred for children and for mothers. That is because he knows that this is how and where salvation comes and that if we discover the joy of the child, all his strategems fail. Children are perilous to his aims; as they are crucial to God's.
You know, I never really thought about "treating someone as an object" and so "using" them. It's all that's left if I do not receive the person as a gift, seeing their dignity as a child of God, seeing them not merely as His handiwork, but as the objects of His love that He has entrusted to me in that moment out of love for me also. To let their worth to God become their worth to me.
In today's epistle (Jubilate, historic) we were exhorted to abstain from the passions of the flesh which wage war against the soul. The "soul" here stands in for the whole being alive with God's life, and thus to abstain from everything which wars against our dignity as the children of God. Always the passions of the flesh urge us to use others as things, as an instrument, a tool for our own pleasure. God summons us to receive them as gifts from His loving hands. The passions war against the soul precisely because they damage our own dignity by us becoming exactly what we treat others as: mere objects, instead of precious gifts. You are more than your itches. You are a beloved child of the heavenly Father.
It ends in resurrection because Love cannot and will not be defeated. Not by your sin. Not by your death. And Love doesn't settle for some piece of you. Love embraces and thus saves the lot!
Freedom doesn't mean getting to do whatever you want to do, whenever you want to do it. That doesn't lead to freedom but to slavery to your own urges. Freedom means being a beloved child of the heavenly Father. Freedom means you have a home and a love that you never lose.
If concupiscence is using others as an object, then we can understand that at its deepest level the First Commandment tells us that we must not treat God as an object that we put among our other objects; but precisely as a Person [actually a community of Persons!] whom we cannot possess, but can only receive and rejoice in.
Sin in its essence is flight from communion with God into solitariness where we lose not only God, but losing Him lose ourselves and others. That the Lord Jesus bears the sin of all upon His cross means that He enters the solitariness (Eli, Eli..) to fill it from within with that from which we sought to flee. He does this that there might be nowhere and no condition in which we find ourselves, where the loving embrace of God in Christ does not reach out to hold us. This is forgiveness.
Or, said another way, sin in its essence is not merely the breaking of a rule but a fleeing from our dear Father, from Love Himself. But precisely at the point where all our flight from Him in all its terror meets, we encounter the gift of His love, bigger and more awesome than we ever dared dream, in His crucified Son. A surprising gift beyond anything we could ever conceive! And this Love (i.e., the Holy Spirit) lifts us up and carries us home, wanted, cleansed, forgiven, shining in a donated holiness.
The certainty which the Gospel offers you is that you are loved by the heavenly Father in the gift of His Son with a love that never changes or stops or ceases, and which is beyond all measure; which is a lot more and better than a ticket *to* heaven. It is the gift of heaven itself.
Heaven is the home that Christ has opened, revealed, and given to us in the heart of the Father. To say "heaven is my home" is to say "God is my Father, Christ is my brother."
Posted by William Weedon at 2:37 PM No comments:

Old Lutheran Quote of the Day

For here in all three articles God has revealed Himself and opened the deepest abyss of His fatherly heart and His pure, inexpressible love. He has created for us this very reason, that He might redeem and sanctify us. In addition to giving and imparting to us everything in heaven and upon earth, He has even given to us His Son and the Holy Spirit, who brings us to Himself.—Martin Luther, Large Catechism II:64
Posted by William Weedon at 9:56 AM No comments:

Patristic Quote of the Day

If therefore by unlikeness we recede from God, by likeness we approach unto God. What likeness? That after which we were created, which by sinning we had corrupted in ourselves, which we have received again through the remission of sins, which is renewed in us in the mind within, that it may be engraved a second time as if on coin, that is, the image of our God upon our soul, and that we may return to His treasures.—St. Augustine, Exposition of Psalm 95
Posted by William Weedon at 9:53 AM No comments:

the most eloquent meditation upon Psalm 104's great truth (and it's a crying shame that TLH and LSB gutted the whole first article context of this rejoicing!).

Posted by William Weedon at 9:52 AM 2 comments:

...at last. We had a beautiful day driving out to NC and a beautiful day driving back home. Oddly, we noted lots of trees breaking out with red leaves. I assume some kind of oak? Today was spent getting back into our normal routine. Breakfast and coffee, Treasury prayed together (goodness, was that welcome!), lots of yard work and walks. Brought out the deck stuff (chairs, cushions, umbrella, chimes, and feeders). Waiting to see our first humming birds! Flox are doing beautifully as are the lilacs. I always remember the Whitman poem about Lincoln on this day. 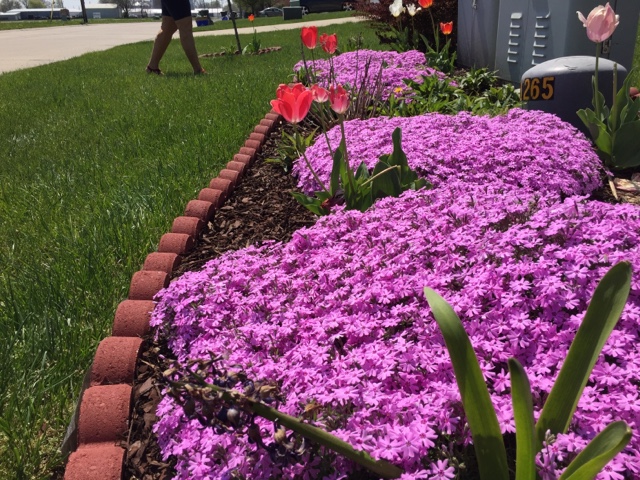 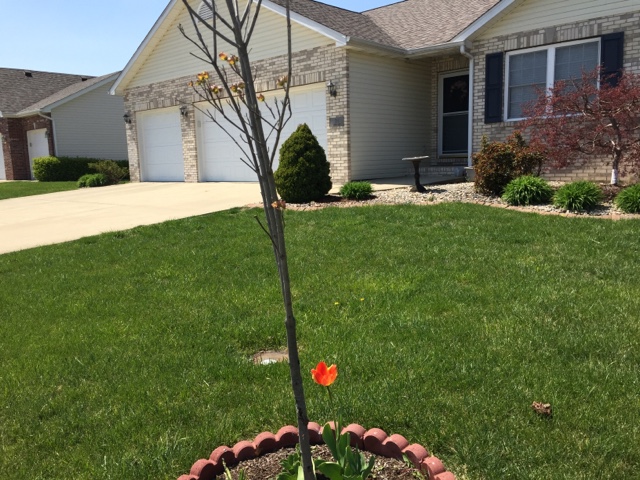 Posted by William Weedon at 5:48 PM No comments:

Various pics from a great week... 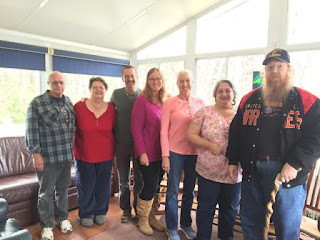 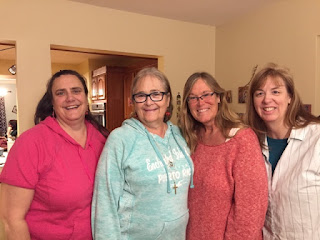 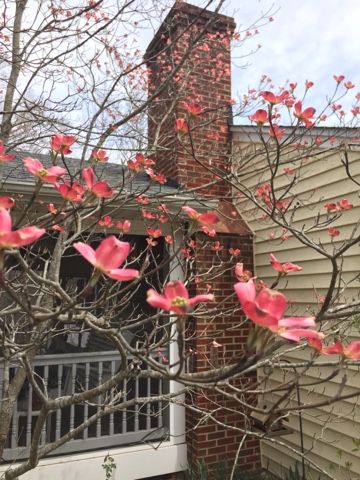 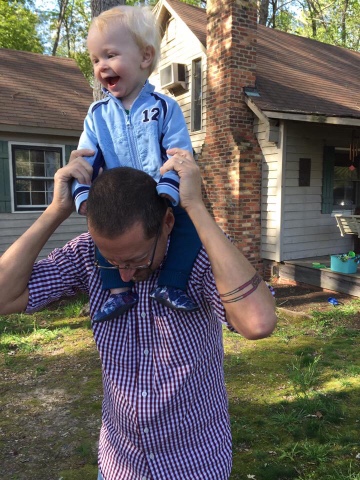 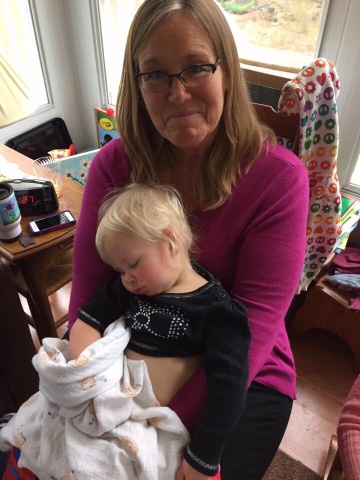 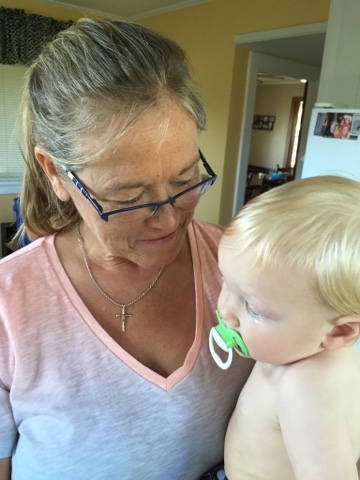 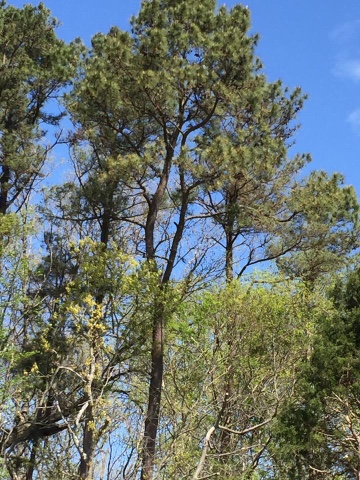 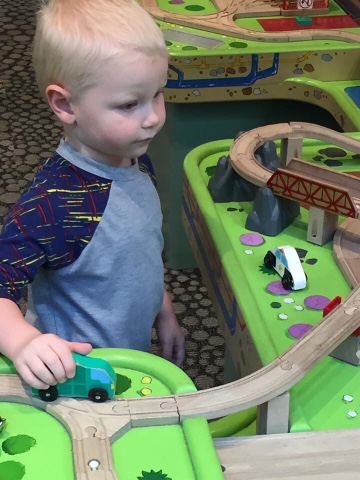 Posted by William Weedon at 1:03 PM No comments: