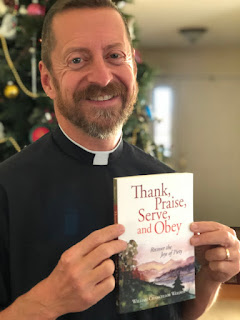 This was a fun book to write, and I hope it proves to be a blessing to the folks who read it. You can order a copy right here.

Posted by William Weedon at 6:10 PM No comments:

Is out east visiting with family. Aunt Sandy was showing her around the old stomping grounds today. She snapped this pic of the house I called home for the first 19 years of my life. Those two trees in front? I remember the day that my daddy and I planted them. Little maple seedlings. The window to the left of the front door was my bedroom. And that's the same chain link fence that was there when I was growing up. I recognize the grill on the top of the gates. 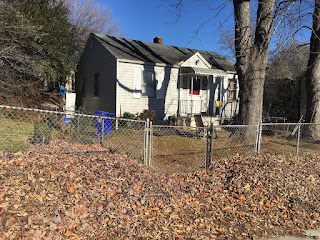 Posted by William Weedon at 3:45 PM No comments:

In our parish. Our family in Christ lost two members last week: Gary and Adam. Both were dear to so many of us. Another member had a stroke and is hospitalized. Another member just got out of the hospital after a heart issue. Word reached this morning that former vacancy pastor, Pastor Gary Galen had also fallen asleep in Jesus.

And then God gives us the Last Sunday...with its comforting readings and the most astounding hymns.

Kantor and Pastor both preached this morning, both gave the comfort of the promised resurrection and our desired reunion with those we love. Wachet Auf from the Schübler chorales kicked off. Then we sang "The Bridegroom Soon Shall Call Us." This is the hymn pastor highlighted in Bible Class. It just doesn't get better or more comforting, and with tears in our eyes we can DANCE to that hymn. The hymn of the day, of course, the King of the Lutheran Chorales: "Wake, Awake." Pastor's sermon was spot on good news. Not destined to wrath, but to obtain salvation through our Lord Jesus Christ. The closing hymn was "Rejoice, Rejoice, Believers!" Christian Meinzen added his trumpet to these great hymns (and a couple others) and "fueled up" by the sermon and the Supper we sang defiantly.

Death hasn't won. Not over Gary. Not over Adam. It will not win over us. The Bridegroom will come and call us to the wedding feast.

In that fair home shall never
Be silent music's voice. She died upon this day in 1994. That year, it was the day after Thanksgiving. 23 years ago. Doesn't seem possible. This year on her birthday she'd have turned 100.

My brother Joe best captured her: "I know no matter what I ever do or don't do, she'll always love me." That sort of love provides an anchor for the soul. It's also way too easy to take it for granted. I know I did.

Her favorite Bible verse (which was also her dear Aunt Nannie's): "Precious in the sight of the Lord is the death of His saints." Psalm 116:15.

May God rest your soul, mom, and bring you to the joy of the resurrection morn, in the new heavens and the new earth, where bodies are whole and memories are healed and we will be reunited with those we have loved before the throne of the Lamb!
Posted by William Weedon at 9:09 AM 1 comment:

The Weedon Thanksgiving Feast this year... 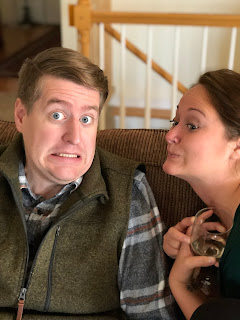 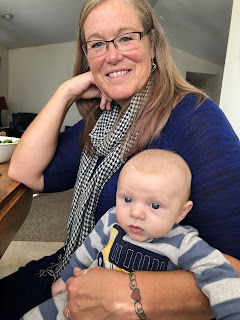 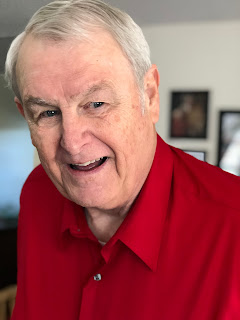 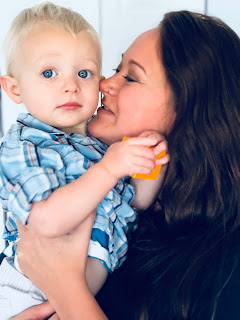 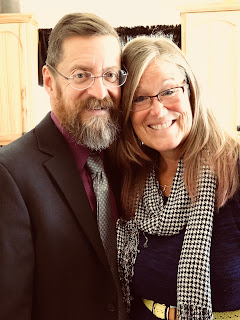 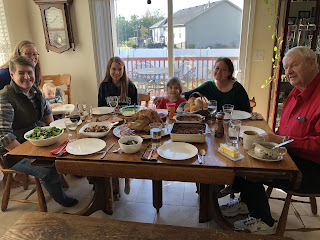 Posted by William Weedon at 8:29 AM 3 comments:


Here are this year's Advent Table Devotions for any who are interested:

P.S. And remember this link for your Thanksgiving Litany and Grace:

Posted by William Weedon at 5:21 PM No comments:

...you hear that wonderful sigh? That's this lad settling in for an extended time of just hanging around home (and work). No big travel engagements awaiting, and none welcome at the moment. It's been a fun fall with some amazing opportunities and crazy schedules. But from here on out the schedule settles back to normal, to a (hopefully) predictable routine, and I can't wait. Ready for a long stretch of normal time at home. Time to sing in the church choir. Time to focus on the radio show. Time to focus on attending my own church (Thanksgiving and Advent and Christmas just around the corner). Time to start sketching the next book proposal. Time to sit in front of the fire with Cindi and enjoy the early evenings. Time to just breathe and be present in the moment and savor it to the fullest. Yeah, I'm looking forward to the next several months very much.
Posted by William Weedon at 9:18 PM 1 comment: