has a powerful odor. Just sayin'.
Posted by William Weedon at 5:16 PM 1 comment:

How Lovely Is Thy Dwelling Place, O Lord of Hosts!

A few more pics as things pull together at St. Paul's anticipating the rededication services on September 7th:

...you really shouldn't drink coffee at your work station. Not when you talk with your hands. And your coffee ends up spilling on your computer.

Not that this is the first time this has happened. I usually just clean it off and truck on. So I did the same today. Only...

About half an hour later, the e stopped working. Kind of difficult to type in English without an e. Then the number 2 went out. Then the letter d decided to type itself. Yeah. So. I had called IT when the e went out, not even thinking about the spill. But by the time we figured out that it was a bit of serious problem, I was panicking.

Work to get finished today and tomorrow. Heading out to conference in MD on Friday. It CAN'T die. Fortunately, the IT whizzes at work swapped out my hard drive into a smaller MacBook Pro and so by 1 p.m. I was back in business. But with the morning hour's lost! Grr. All because of coffee. And moving hands. And talking.

I heated up my cup of coffee this afternoon and put it safely ACROSS THE ROOM on the credenza. I think I MAY have learned something. Maybe.
Posted by William Weedon at 5:10 PM 1 comment: 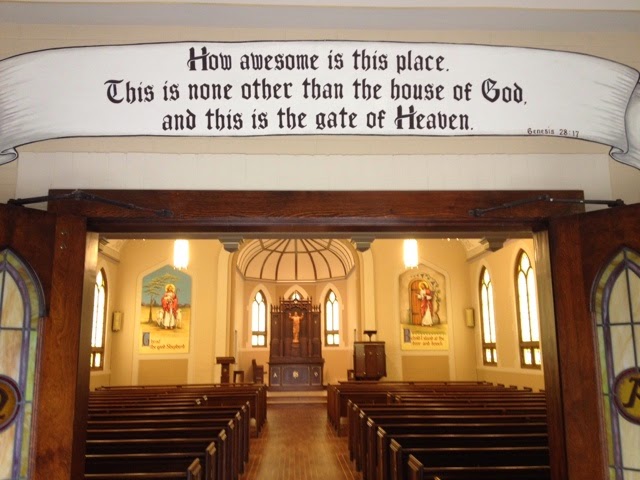 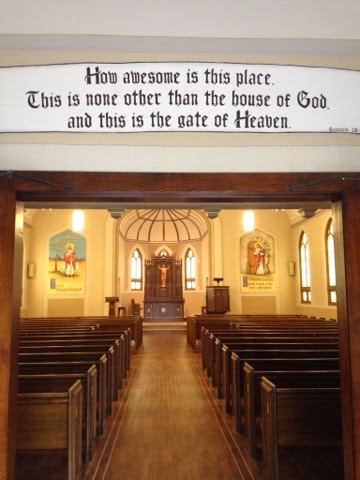 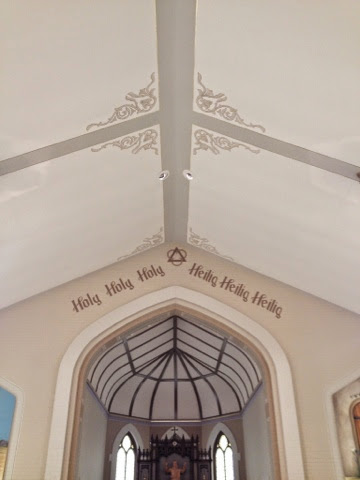 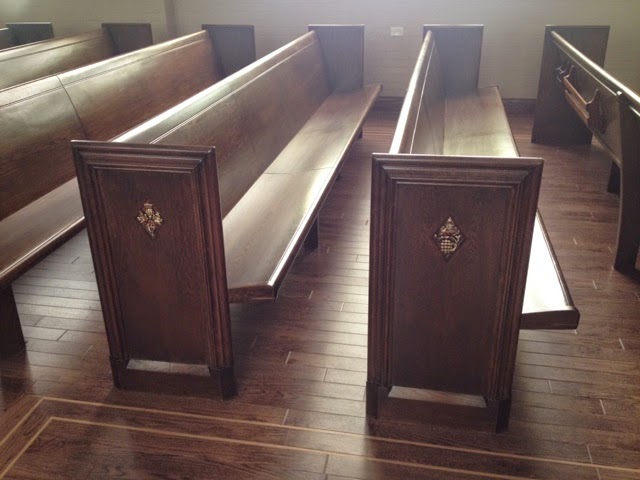 Patristic Selection (too long to call a quote!) of the Day

Just came across this one again:

And by letter here he means the Law which punishes them that transgress; but by spirit the grace which through Baptism gives life to them who by sins were made dead.

The former makes its captive dead from being alive, the latter renders the man it has convicted alive from being dead.

For, come unto me, you that labor and are heavy laden, Matthew 11:28 and, He said not, 'I will punish you,' but, I will give you rest. For in Baptism the sins are buried, the former things are blotted out, the man is made alive, the entire grace written upon his heart as it were a table.

Posted by William Weedon at 3:25 PM No comments:

Pastor Lukomski and I had a romp through this chapter. You can listen here.
Posted by William Weedon at 5:02 PM 1 comment:

Well, that's its number in Lutheran Service Book at any rate. Its words have been much in mind of late. I am more convinced than ever we need to teach them to our children for enduring what they will face and we need to hold them tight to our own hearts as well:
O little flock, fear not the foe
Who madly seeks your overthrow;
Dread not his rage and pow'r.
And though your courage sometimes faints,
His seeming triumph o'er God's saints
Lasts but a little hour.
Be of good cheer; your cause belongs
To Him who can avenge your wrongs;
Leave it to Him, our Lord.
Tho' hidden still from mortal eyes,
His Gideon shall for you arise,
Uphold you and His Word.
As true as God's own Word is true,
Not earth nor hell's satanic crew
Against us shall prevail.
Their might? A joke, a mere facade!
God is with us and we with God—
Our vict'ry cannot fail.
Amen, Lord Jesus, grant our prayer;
Great Captain now Thine arm make bare,
Fight for us once again!
So shall Thy saints and martyrs raise
A mighty chorus to Thy praise
Forevermore. Amen.
Posted by William Weedon at 9:32 PM No comments:

How sweet is that?

My daughter-in-law wrote me that her mom, Karen, always listens to the Bible Study on KFUO. And since I came on air this week with the new Thy Strong Word, when she's keeping Lydia (David and Meaghan's daughter), Lydia looks this way and that while the show is on. She thought it might be fluke but she's kept doing it and she never did it before. Poor love doen't understand why she can hear her grandpa and yet not see him!
Posted by William Weedon at 7:12 PM No comments:

Beautiful Setting of "Jerusalem the Golden"

borrowed from our friends in WELS:

at the liturgical institute, that I was privileged to lead:

It certainly did not go off without a hitch; yet none of the hitches ended up getting in the way of what was a wonderful (and exhausting) week at Concordia, Seward as we soaked in the comfort of the Word, sang His praises, and received His gifts. If you are a musician, lay person interested in worship, or a pastor of the LCMS, I wish you had been with us to experience it. The music was off the charts. The preaching was outstanding (from President Harrison to Chaplain Ball, from Chaplain Esget to Pastor Wolfmueller). The comfort in Christ was abundant. 2017 is next Institute. BE THERE! You'll be blessed!
Posted by William Weedon at 2:47 PM No comments:

Today Carlo played a little bit for us before Bible Class. It sounded like a different instrument. His comment: "This is the instrument designed for this room!" Night and day difference. Getting mega-excited for the rededication!
Posted by William Weedon at 10:36 AM No comments: 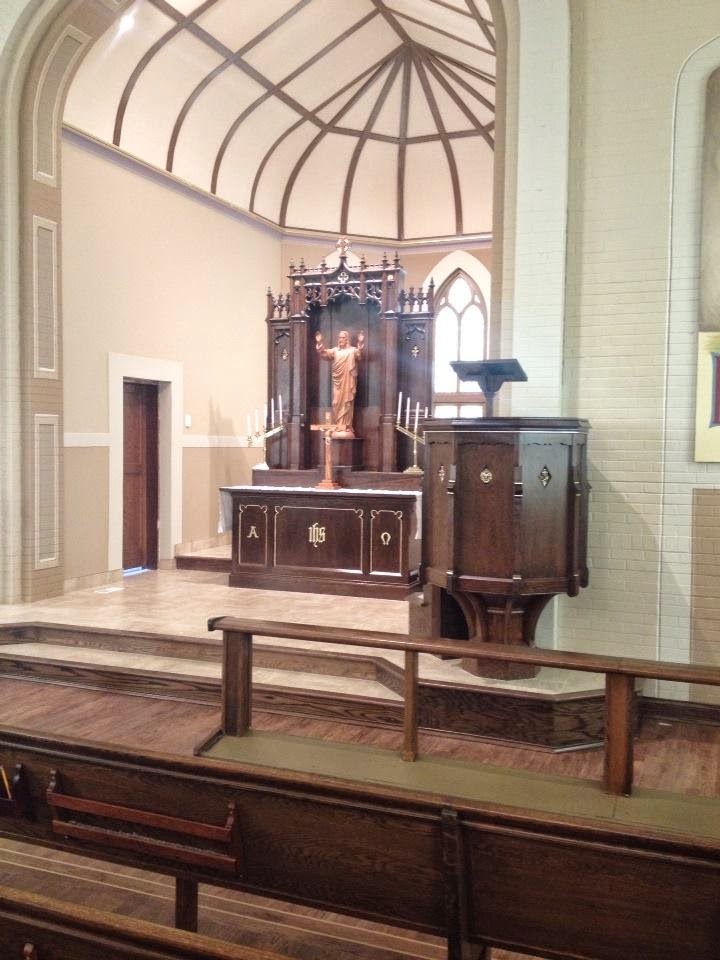 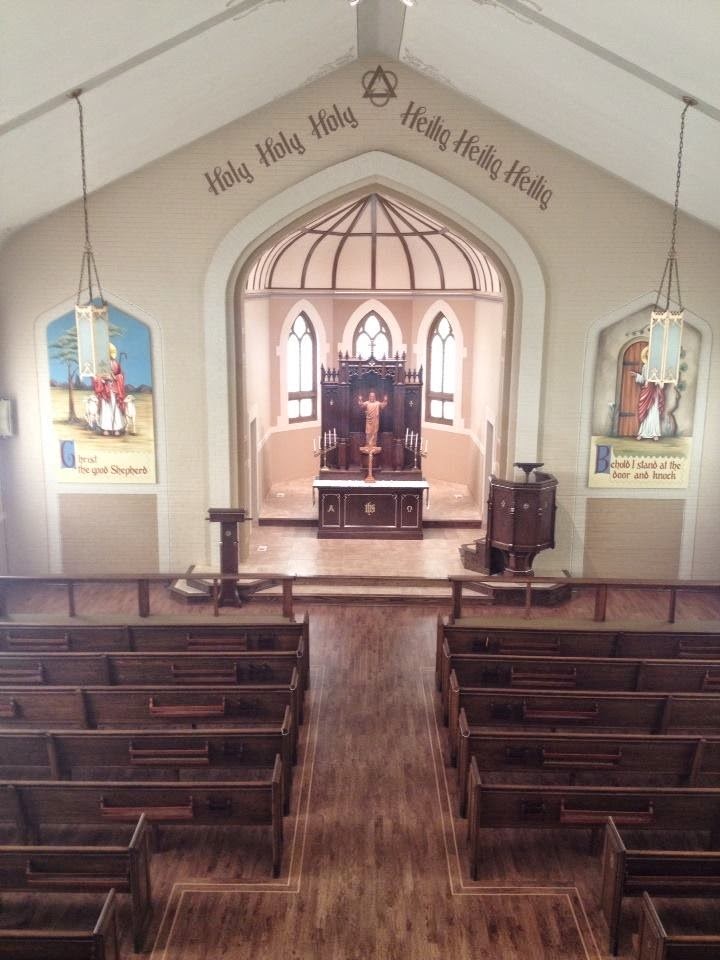 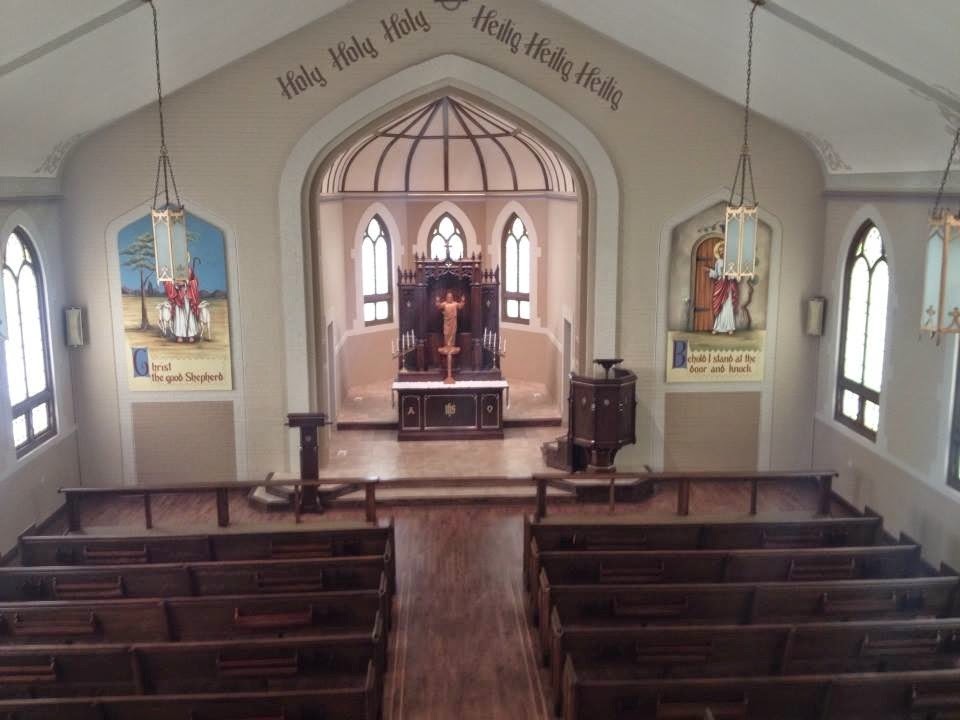 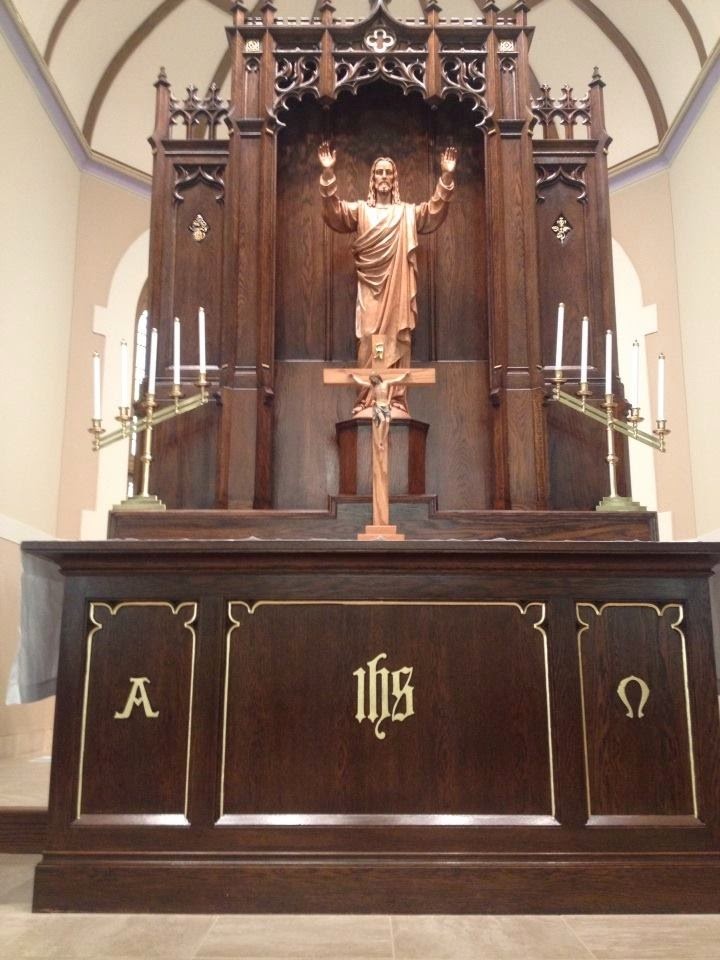 Now all the heav’nly splendor
Breaks forth in starlight tender
From myriad worlds unknown;
And we, this marvel seeing,
Forget our selfish being
For joy of beauty not our own.

We need more power outages so that we can again see what Gerhardt saw, what Abraham saw when God told him to go outside the tent and look up. We need more exposure to this beauty that we did not create, so that we can understand what beauty is.

When our technology and advancement cut us off from being able to perceive and see the beauty of our God that shines forth from His world, they do us a huge disservice.

Posted by William Weedon at 10:49 AM No comments:

Nun Ruhen at hymn festival during Institute: Now Rest Beneath
Posted by William Weedon at 8:44 PM No comments: 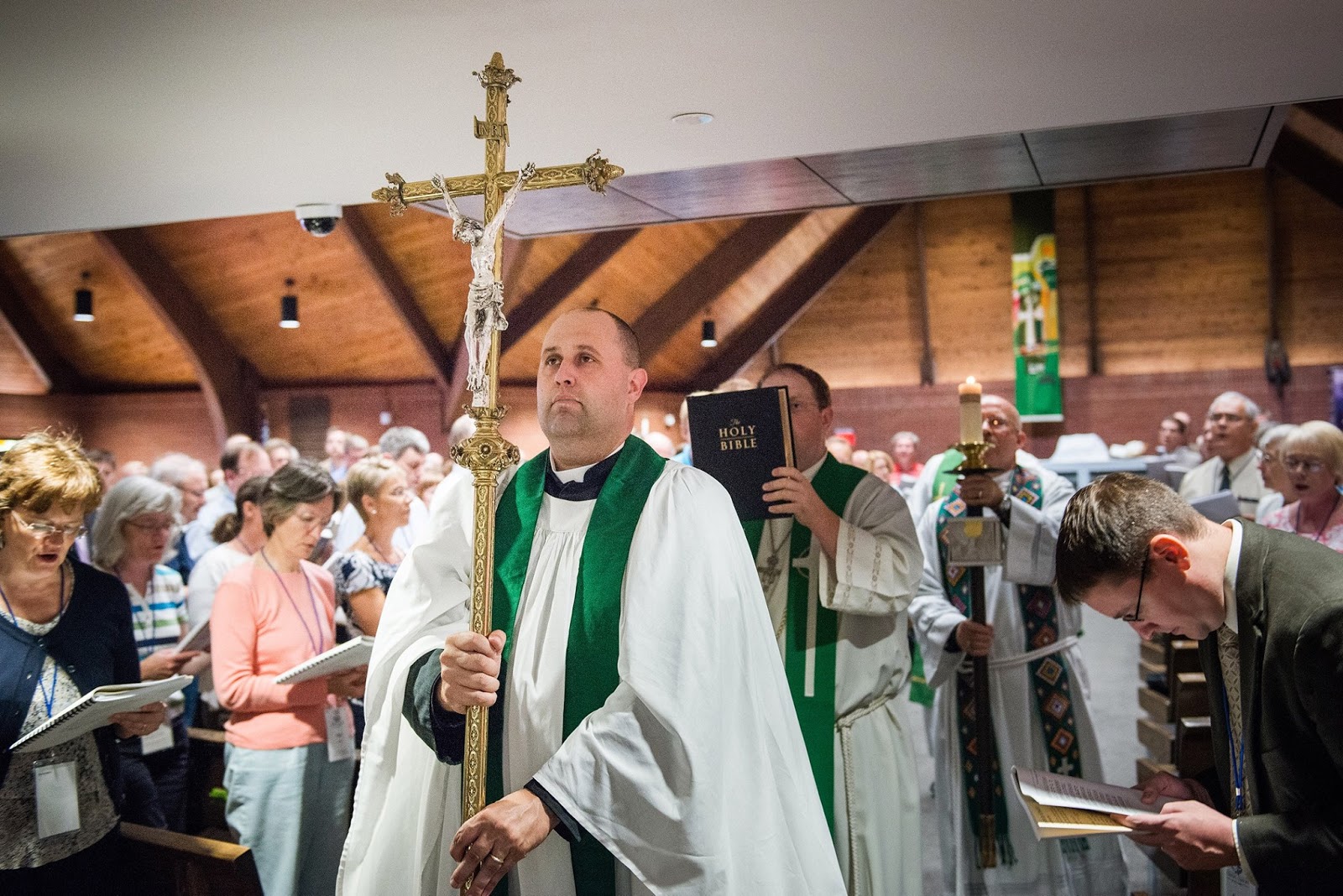 The musicians of the LCMS are simply beyond good. They MADE the institute's worship. Thank you to them all, and I won't try to list you all, because I'll leave someone out! But wow.

Above all the service pictured here, the opening Divine Service. This was beyond shadow of doubt the most beautiful, reverent and joyful Divine Service I have ever attended anywhere. Wow. From President Harrison's homily (Joseph's pants!) to Pastor Esget's reverent and gracious presiding, from Jeff Blersch's sensitivity in organ leadership (disappearing at times so the four part chant could take over, and at other times using the organ to give full voice to our joy in the Lord) to the musicianship of the assembly itself. ALL of it worked together to the full glory of God and the overwhelming comfort of poor sinners. Thank you, one and all who participated.

Here's a taste of the heaven we enjoyed:

and from the Hymn festival:

I am particularly appreciative of Deaconess Sandra Bowers who is the one who is primarily responsible for making this dream come true! And to Pr. Ball and Pr. Esget for serving as our chaplains.