With Father's Day coming up, memories abound... The weekend daddy bought me the piano... The silent car rides... The light of his cigar in the darkened car, as I headed out of my piano lesson and he drove me home... The day he took me car shopping with him (something I fear I never acquired a taste for; an evil to be endured rather than a pleasure to be savoured)... The year we chopped down our Christmas Tree over on Yeagers' farm... Me bugging him to help me rewire the lamp (Lauren has now) and how he tried to beg off with his head hurting so badly, the first hint of the cancer that killed him... Those horrible last days... Sissy and I having to change him and neither one dealing very well with it... The hand stretched out that I never took the day he died... Playing Bach's two part inventions as his last moments ticked by... Joe calling me in and then all of us around his bed at the end... The massive sense of loss that has never gone away.

Ours wasn't an easy relationship. There was always more than a little bit of tension between us. I suspect we just fundamentally didn't understand each other, and I know that I was one heck of a strange (and non-stop-talking) kid. He struggled to read; reading was my whole world. There was never any of the usual dad stuff. The only thing we ever played together was a card game called Rook or some Rummy. Never threw a ball around or anything like that. Never went fishing together or hunting. He had served in WWII and he liked to watch movies about General Patton. We often watched them together. But he never talked about it. I was always more than a little scared of him losing his temper and of his criticism. Spilling something at the table was always an ordeal. He had little patience (I get it honestly!). I don’t think he ever attended a piano recital I played in or a concert I sang in. He did come to church when I was baptized, and maybe once at Christmas. I didn't walk at my graduation, I think, in large part because it would be a bit painful to not have my parents there. But it was okay: I sat with Cindi's mom and dad and watched Cindi graduate!

I remember asking mom once about why he seemed so distant and disinterested. She said that he had a tough time growing up and that children who aren't shown lots of love when they're little often  don't know how to show love themselves when they get older. Her family always overflowed in love, and her daddy especially. I was a know-it-all teenager and I wasn't buying that as a legit excuse. I remember telling her: "I'm going to talk to him about it." I don't think she'd ever spoken so sharply to me: "I'll not have you hurting your father's feelings." That did it. I wasn't about to have mom mad at me. We never talked about it.

This will be my 38th father's day without him; I have thought so much about him this year. He loved in his own way, as best he could. We all muddle through and try to love through our own scars. And the gift of the piano and the lessons...that was huge. And I found out after he died that he had told one of his friends at work "You should hear that boy tickle the ivories!" I treasure that comment. It would have been nice to hear something like that from his own lips one time, but I am blessed to know he said it to someone and someone shared it. The gift of the piano was maybe the only way he could say "I love you" and it took me a long time to hear it, but I think I have. For that gift I am so utterly grateful; it changed the course of my life. And I love you too, Daddy. 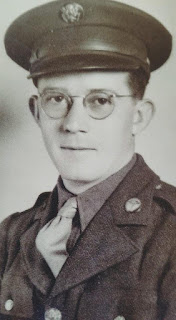 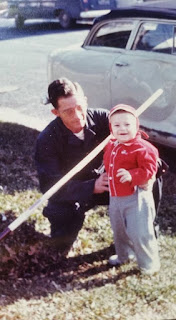 Posted by William Weedon at 7:57 PM

We have similar memories.

Nancy, someday you’ll have to tell me your story!

Someday, maybe. I will say that it was hard to understand how he could speak to other kids, not my friends but other kids in the neighborhood, and not be able to talk to me.

Nancy, that sounds very sad. My dad was kind of that way with my cousins. He seemed to talk easier than to them than to us!

It is sad but we still loved our fathers.

Thank you for removing that cheeky comment. The nerve of some people!!

What a beautiful heartfelt essay - I love your writing and excited to catch up on your blog. it's been awhile since I've visited. I finally got myself a gmail account so I can now comment. :) Take care, Pastor!

Yay, Branda! So good to hear from you again. Hope all is well.

I would love to update you in more detail, Pastor. I tried to find you via FB messenger, but no luck. Is it possible for you to email me at Brenda_higley@hotmail.com when you have time?

Thanks, and wishing you a peaceful evening!