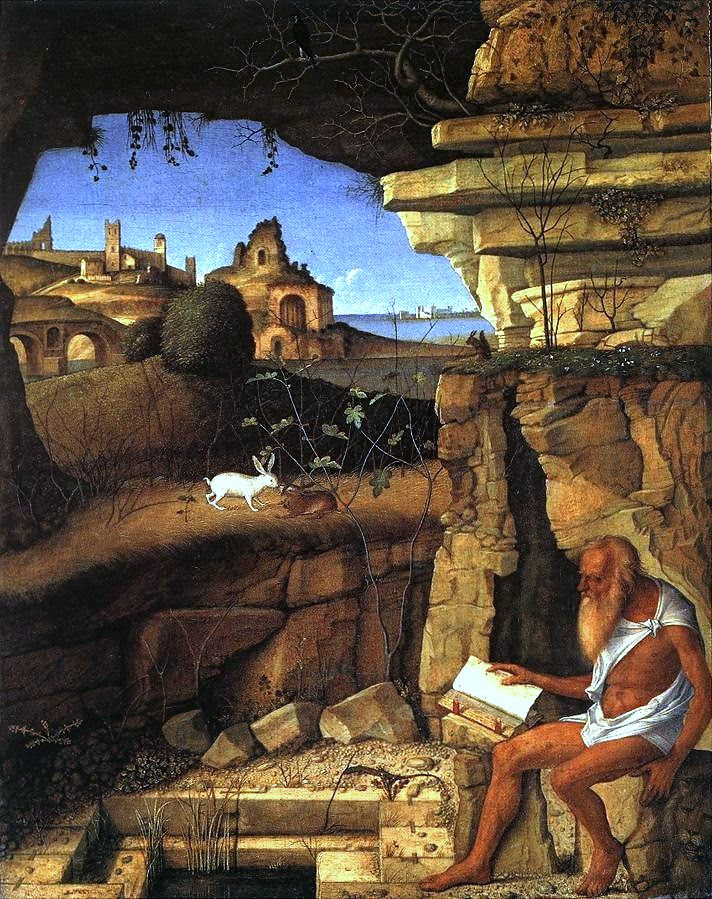 From our Synod's Website: Jerome, Translator of Holy Scripture

Jerome was born in a little village on the Adriatic Sea around the year A.D. 345. At a young age he went to study in Rome, where he was baptized. After extensive travels, he chose the life of a monk and spent five years in the Syrian desert. There he learned Hebrew, the language of the Old Testament . After ordination at Antioch and visits to Rome and Constantinople, Jerome settled in Bethlehem. From the original Hebrew, Aramaic, and Greek, he used his ability with languages to translate the Bible into Latin, the common language of his time. This translation, called the Vulgate, was the authoritative version of the Bible in the western Church world for over 1,000 years. Considered one of the great scholars of the early church, Jerome died on September 30, 420. He was originally interred at Bethlehem but his remains were eventually taken to Rome.

Chemnitz says of him: "The genius of Jerome was most outstanding. His unique work entitles him to eternal praise, because he translated the Bible from its original languages." (Loci I:32) In the Lutheran Symbols, St. Jerome is quoted for his witness to the Biblical teaching that there is no divine distinction between a bishop and a priest (Tractatus 61-64), but that in the Sacred Scriptures the terms were interchangeable.

In honor of St. Jerome's devotion to the Sacred Scriptures:

God's Word is our great heritage
And shall be ours forever;
To spread its light from age to age
Shall be our chief endeavor.
Through life it guides our way,
In death it is our stay.
Lord, grant while world endure
We keep its teachings pure
Throughout all generations.
LSB 582
Posted by William Weedon at 11:24 AM

Do you have a link to Tractatus 61-64? I would be very interested to read it. Searching on google brings me only to your page. Thanks!

When searching in Google use Treaty on the Power and the Primacy of the Pope. Here is a link:

You can scroll down to paragraph 61

Pastor Weedon have you listened to Dr. Scaer's sermon from Tuesday. He speaks of St. Jerome being an exemplar of good preaching.