Well, that was simply amazing! I told Kantor I thought she was crazy when she announced what we were doing for this, but she simply made everything work and work very well. Instrumentalists, aside from Kantor on organ, included two flutes, two violins, cello, viola, three trumpets, and the Bells of St. Paul. Preservice was J.S. Bach’s Sinfonia BWV 29; a delightful John Behnke “Built on the Rock” by the bells; and then choir and orchestra with J. S. Bach’s “Praise the Lord Most Holy.” The processional hymn was “Come, Holy Ghost, God and Lord.” The Liturgy, of course, was Divine Service 3, The Common Service. After chanting the gradual, the Choir sang Bruckner’s Locus Iste in Latin and it was breathtaking! The Hymn of the Day was “Built on the Rock” with the choir singing stanza 3 in four parts. President Harrison proclaimed the sweet Gospel to us in his own inimitable style. Pastor used a prayer crafted from the old The Lutheran Liturgy (Altar Book for TLH) for the anniversary of a congregation. During the extended Lavabo, the choir sang J.S. Bach’s “O God, Eternal Source.” Distribution hymns were “O Lord, We Praise Thee,” “Let All Mortal Flesh,” and “The Church’s One Foundation.” President Harrison did the salutation, benedicamus, and benediction, and then we processed out to “Lord Jesus Christ, the Church’s Head.” After which, Kantor went to town on the organ with Karg-Elert’s “Nun Danket alle Gott.” From start to finish, more joys abounding than a soul could take in. God is so good to us and we have been blessed here from generation to generation. The only downer for the day was Pr. Gleason (who was supposed to be subdeacon) ending up in the hospital. Keep him in your prayers, my friends. Nevertheless, though we missed his presence on this joyous day, still glory to God for all things! 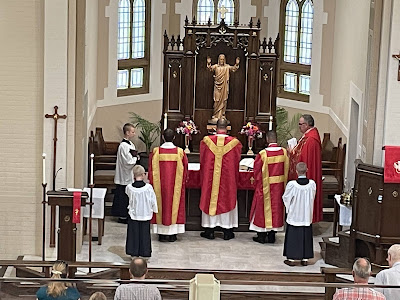 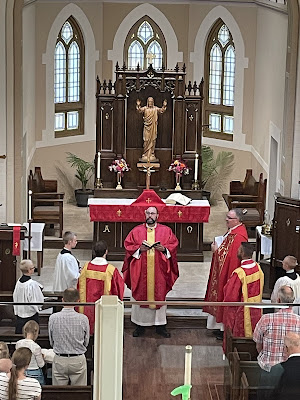 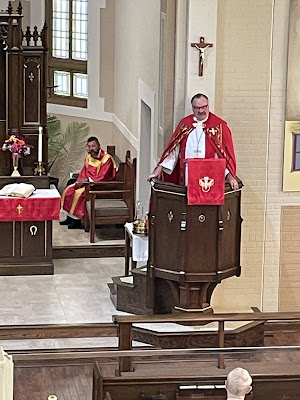 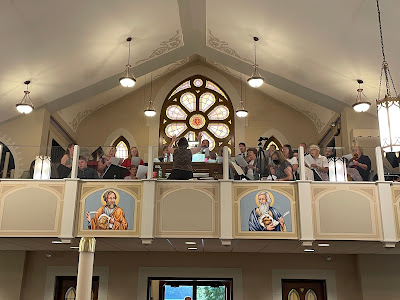 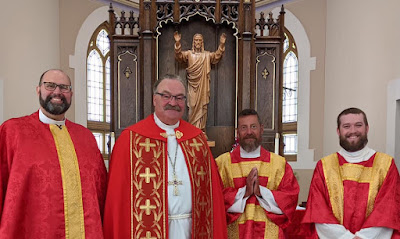 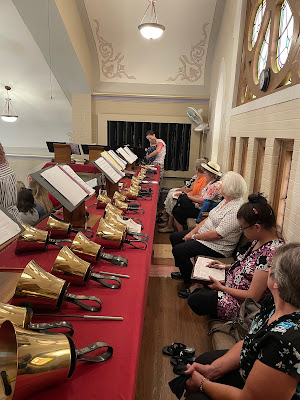 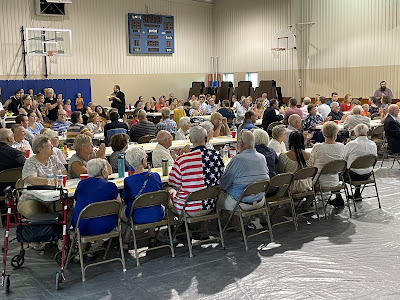 Posted by William Weedon at 4:52 PM